How to Spot Signs of Marijuana Toxicity in Your Dog 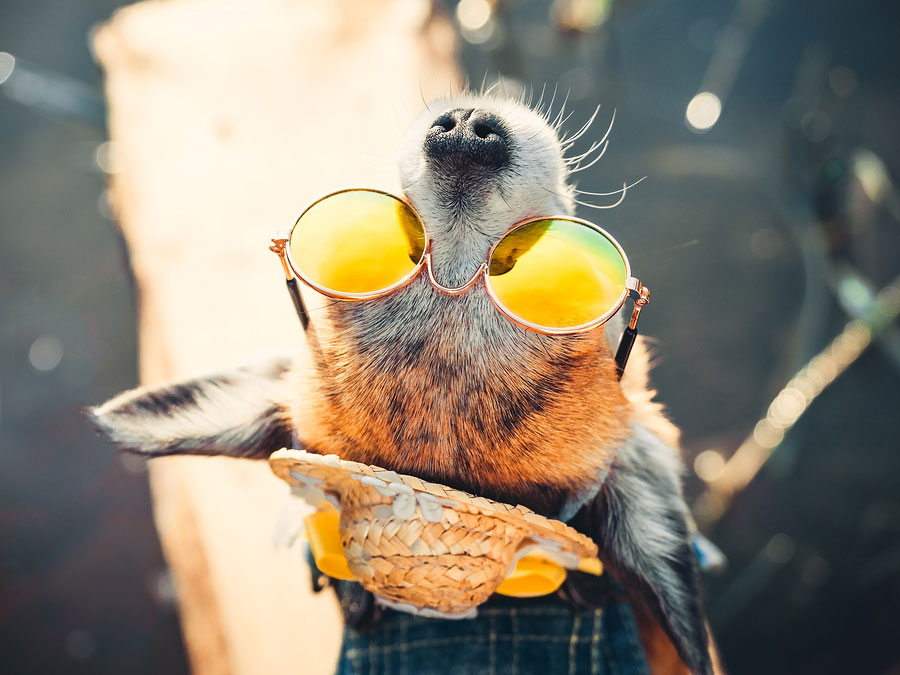 Everyone knows that marijuana is a popular recreational plant that is smoked and consumed by many people. The chemical in marijuana that gives a user a high is delta 9-tetrahydrocannabinol, more commonly known as THC. Regular marijuana typically contains 1-8% of THC. Hashish, which is made from the flowering tops of the plant and their resins, may be as high as 10% THC.

Marijuana is becoming more widely used for medicinal purposes. The chemical in marijuana with pharmaceutical properties is called cannabidiol or CBD. CBD has been used in human medicine to reduce anxiety, relieve nausea, improve appetite, assist in sleep disorders, and control certain seizures. CBD products are now increasingly available, and some are being marketed for pets. Caution is advised as research involving CBD use in pets is sparse.

With increased legalization of marijuana, more dogs are being exposed to THC. The usual dog marijuana poisoning case involves a dog that has found and enjoyed a stash of marijuana. Clinical signs usually start to show between thirty to ninety minutes after the marijuana has been ingested. Unfortunately, because THC is stored in fat deposits in the dog’s body, the effects of eating marijuana can last over several days.

Symptoms of Marijuana Toxicity in Dogs

The dog will be uncoordinated and listless. A characteristic sign is a drowsy-looking dog who begins to fall over but then catches himself. He will also have dilated pupils, a slow heart rate and sometimes urinary incontinence. The early symptoms of marijuana poisoning are similar to those of toxicity from other substances. The most severe toxicity results from a dog eagerly lapping up anti-freeze – this is usually fatal if not diagnosed in time.

The dog in this video sneaked a baked good containing cannabis from his careless owner. Observe the characteristic startle response and balance issues.

Urine Testing – A human test kit (available at most drug stores) can be used to diagnose marijuana poisoning in a dog. However, a relatively large volume of urine is needed, and false negatives are common because dogs are not humans.

Treatment for Marijuana Toxicity in Dogs

Induced Vomiting – If less than thirty minutes have elapsed since the dog ate marijuana, it may be possible to induce vomiting. Any longer and the nausea-control properties of CBD make it more difficult. Furthermore, if the dog is extremely sedated, vomit can be inhaled and cause potentially deadly aspiration pneumonia.

Activated Charcoal – Activated charcoal in liquid form is given orally. When the charcoal passes through the digestive system, toxins are trapped in it and eventually excreted.

Fluid Support – Fluids may be administered and the dog kept warm. If the dog is not conscious, more intense observation and support will be necessary.

Take Your Dog to the Vet

If your dog shows signs of drug toxicity, take him to your vet. Don’t hesitate to give the vet all the relevant exposure information – vets are not obligated to make police reports. Fortunately, fatalities from marijuana toxicity are rare. A serious poisoning case, e.g., one involving anti-freeze, is an emergency case. If your dog shows signs of severe toxicity and you live in Columbia, South Carolina, don’t hesitate to bring him to CVETS. His life may depend on it.